even-handedly Another French Film.  This one is in English and French, and the French is subtitled.

The French are blowing me away with their horror movies.  I have only seen a handful of them so far, but have loved them all.  They are full of drama and suspense and gore.  They are not full on gore fests.  They are movies that keep you on the edge of your seats.

Two college friends, Marie and Alexa, encounter loads of trouble (and blood) while on vacation at Alexa’s parents’ country home when a mysterious killer invades their quiet getaway.

The movie begins with the two girls driving in Southern France after a long night of partying.  They are on a journey to Alex’s parent’s house and make it point to say that they are there to study, not party.  The directions to the house say they must make a right turn after a corn field.  Yes, a corn field.  Just how many horror movies are out there that have to do with frigging corn fields?  Just what did Stephen King start when his short story Children of the Corn was first published in Penthouse in 1977?  Just what is so damned ominous about cornfields in the middle of nowhere? And is there only one cornfield in Southern France? A quick Google search would answer the question “no” – http://www.dreamstime.com/photos-images/cornfield-france.html. (Note: This photographer either doesn’t know the difference between wheat and corn, or French corn fields look like American wheat fields). Looks like Wheat to me, but labeled as a corn field in France

OK, on with the movie.

The girls get to the house without incident. Alex shows Marie to her room where there is a really creepy bear toy – one of those wind up bears that beats on a drum.  Don’t get your hopes up like I did.  I was really hoping for foreshadowing on that one.  No dice.  But the toy was creepy. 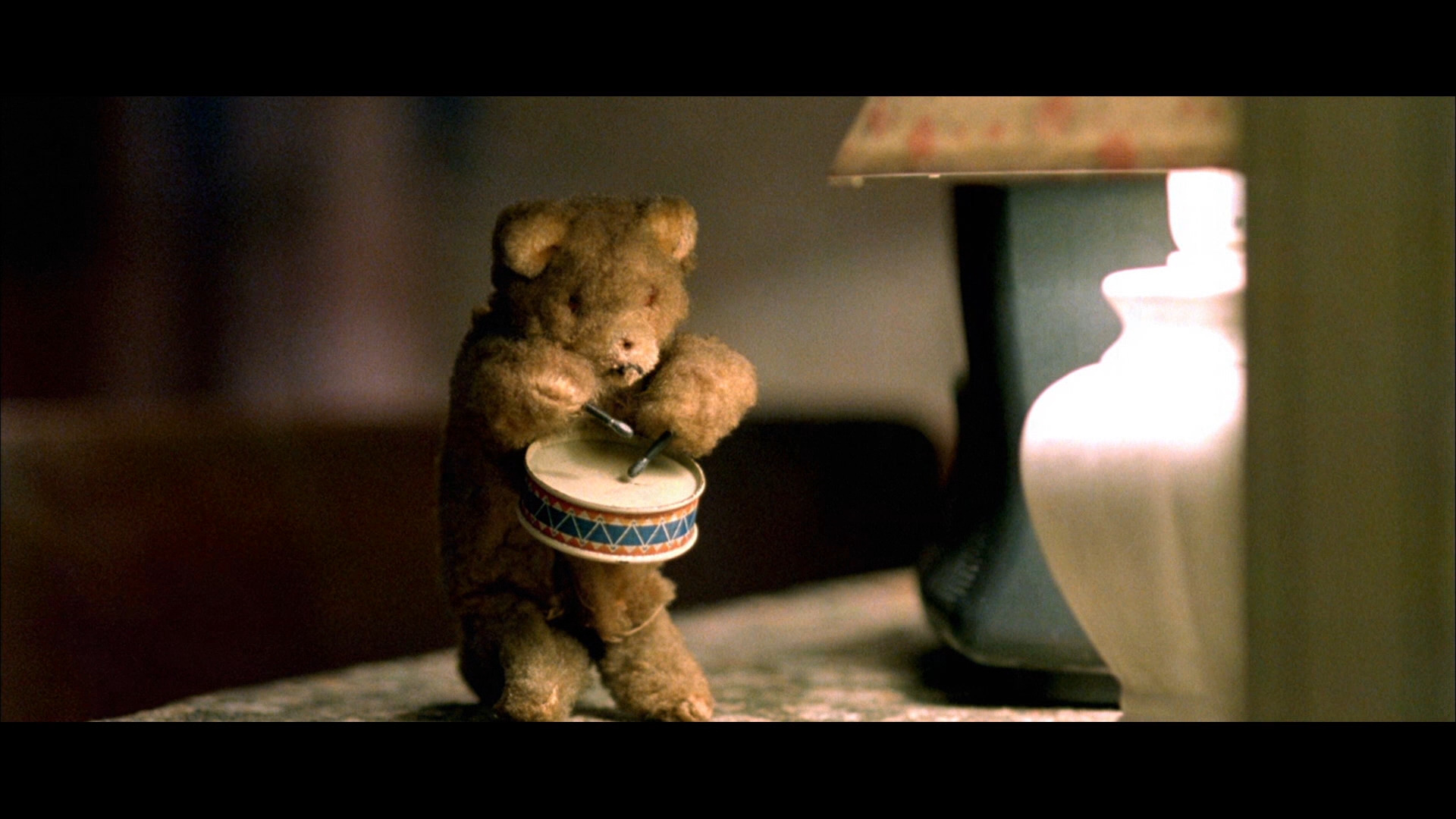 Everyone goes to sleep except for Marie, who puts on her headphones and relaxes next to the creepy bear toy.  A very loud and old delivery truck pulls up to the house. The pets all go crazy, chirping and barking, and yet no one stirs until the creepy guy in the truck rings the door bell repeatedly.  Alex’s father finally wakes up to see who is ringing his bell.  He opens the door and gets thwacked in the head!  But wait!  He’s not dead yet!  The crazy old red neck has more in plan for him! So why is everyone sleeping through all these bells and buzzers and dogs and birds?  Earplugs.  Yeah, OK.  Earplugs totally mute out all the sound.

The gore was very believable, of what they showed.  They really toned it down for a director’s cut.  Makes me think they have very restrictive laws in France on what they can show on the screen.

I had a very true “WTF? I was not expecting that” moment in the film.  M Knight Shamalamadingdong needs to take a lesson from this film.

I do have to take off for one scene, though.  There is a decapitation scene early on in the movie that just doesn’t seem plausible.  Decapitation by a very slow moving chest of drawers? -1

I have always loved movies. I saw the first two Star Wars at a Drive-In theatre in Chicago, Illinois, USA. My parents would put us five kids in our pjs, pop a paper grocery bag full of popcorn, and then put us on top of the station wagon to watch the films. When we moved to Raleigh, North Carolina, USA in 1979 we were sad to find that there were no Drive-Ins here, just indoor theatres. When the Muppet Movie first came on TV was when we finally got our first color TV. Movies have always been a huge part of my life. I fell in love with horror movies at a very early age. Gremlins, Ghoulies, Pieces, I Spit On Your Grave – the list can go on forever. We would go straight to the horror section at the local video store and just pick videos we had never seen before.
View all posts by Brandy Candy →
This entry was posted in Foreign, Horror and tagged blood, boobs, Horror, Suspense, Thriller. Bookmark the permalink.